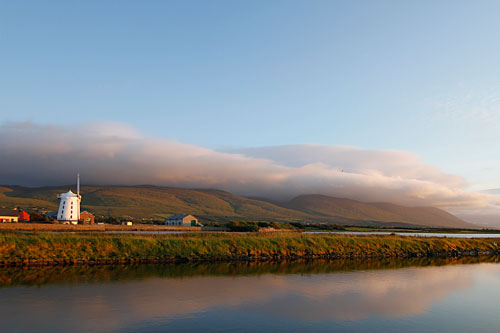 While not as well known as the Iveragh or Dingle Peninsulas of the same county, North Kerry has much to offer, including spectacular seascapes, the finest beaches in Ireland and a multitude of ancient sites, churches and field monuments.

The route heads out of Tralee with the Dingle Way to Blennerville with its fine traditional windmill: there the routes part and the North Kerry Way heads north west along a sea wall at the back of Tralee Bay.

From the village of Spa it goes cross country onto the white sands of Banna Strand to reach the village of Ballyheige and the beginning of a scenic mountainous area on Kerry Head, which it loops around before finishing at Ballyheigue. 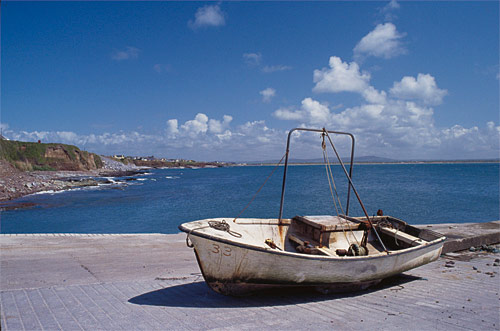 The terrain consists of mainly quiet country roads, firm beach sand (except at high tide), tracks, bog roads and field paths. The route is flat except for the last 18 kilometres where there are some short ascents, with an aggregate climb of 370 metres. There are some short loop walks which link with the main route of the North Kerry Way.