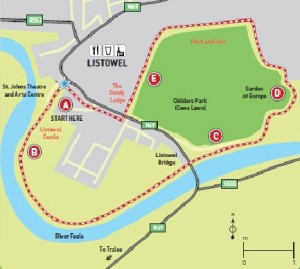 Before you start: The Listowel Literary Walk is an easy ramble along the banks of the River Feale and around the Listowel Town Park. Listowel as the “Literary Capital of Ireland” has produced many famous writers including: John B. Keane, Bryan McMahon, George Fitzmaurice, Brendan Kennelly and Maurice Walsh. Listowel is also home to Writers’ Week, the annual Literary Festival held in June, the famous Listowel Horse-Racing Festival held in September and Listowel Food Fair held in November. Listowel is on the N69 between Limerick and Tralee. The start is at St. John’s Theatre and Arts Centre which is located in the square in the centre of the town. 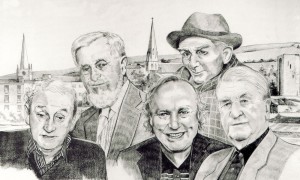 A to B: Starting at St. Johns Theatre and Arts Centre which is a former Church of Ireland Gothic Style church located in the centre of the Town Square; follow the finger signs which will bring you to the banks of the River Feale passing the Seanchai Kerry Writer’s Museum and the restored Listowel Castle.

B to C: At the river, follow the green arrows along the River Feale, famous for its Salmon fishing. After 1.5km you will go beneath Listowel Bridge via a Gantry which will bring you the edge of the Childers Park known locally as the Cows Lawn. 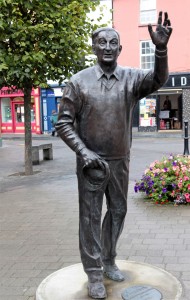 C to D: With the river on your right, after a short distance you take a sharp left turn and follow the arrows which will lead you through the Garden of Europe. It contains more than 2,500 trees from all over Europe and also contains Ireland’s only public monument to the memory of the millions of people who died in the Holocaust. 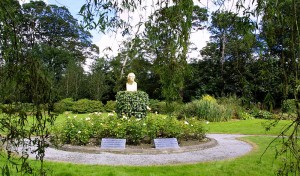 D to E: On exiting the Garden of Europe, veer right and continue to walk along the edge of the Park. When you reach the southern end of the Park, keep left and with the wood on your right, skirt the park, passing a pitch and putt course on your left. 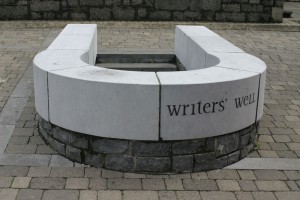 E back to A: Continue to descend along the path, passing a much admired stone cottage on the right. This is known as “The Dandy Lodge” and was the first house built on the Bridge Road. It was dismantled stone by stone and reconstructed on its present site in 1994. On leaving the Park, you turn right on Bridge Road and take the footpath which will take you back to the start in the Town Square.

Finish: We hope you have enjoyed the walk and found the information here useful. As always, if you have any comments to make please contact us at info@kerrygems.com.