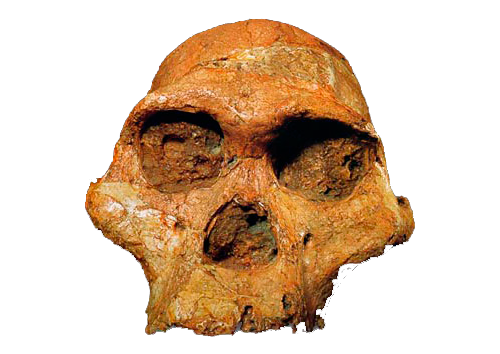 This period deals with the time from when man first walked on earth to the end of the last Ice Age about 10,000 years ago. The oldest occupied sites, dating from 2.5 million years ago to 1.6 million years ago, have been found in Africa, mainly in Tanazia. We have yet to find evidence of humans from this period in Ireland. In the Upper Paleolithic Period (45,000-10,000 BC) we see major changes – increased production of stone blades (as opposed to flakes), bone pins and needles + art in the form of engravings, cave paintings (as in France) and grave goods.

The Paleolithic or Old Stone Age coincides with the Pleistocene epoch or last Ice Age. During the Ice Age there were interglacier periods (warm spells). In the peak of the last Ice Age, about 20,000 years ago, much of northwest Europe, North America and parts of central Asia where under huge ice sheets. Sea level were about 400 ft /120m lower than today causing land bridges to exist between Ireland and Britain; Britain and continental Europe; North America and Eastern Siberia; and between southeast Asia and Australia. Woolly mammoths, woolly rhinoceroses and cave bears roamed the tundra but these were to be wiped out when the climate warmed and the ice retreated from about 16,000 to 8,000 BC. (10,000 BC – 8,000 BC in Ireland).