Birds for all seasons! 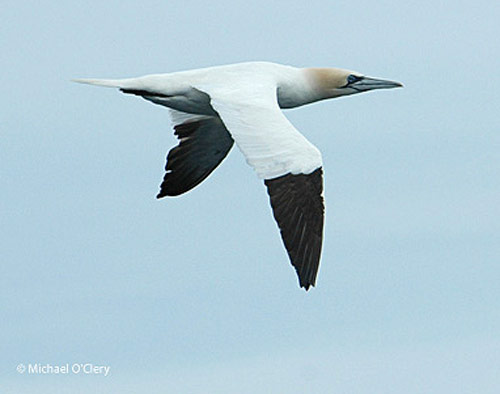 Birdwatching in Kerry is very rewarding. Kerry has the widest range of bird habitats in Ireland. Its position in the southwest corner of the country makes it also landfall for feathered migrants from the Americas, says naturalist Terry Carruthers.

If your visit is in spring, head for Killarney’s mixed woodlands, lakeshores, and rivers. Here you will find the local races of jay, dipper, and coal tit. There are woodcock roosting at dusk and siskins galore in the pines. All the headlands are worth searching for tired migrants.

In summer, head for the offshore islands. Kerry is the world headquarters for breeding storm petrels and has big colonies of gannets, shearwaters, puffins, and most other species of seabird. Visitors to the Great Skellig island pass by the Little Skellig, which in summer is home to 46,000 gannets. The mountains are also worth visiting at this time of year. Keep your eyes peeled for ring ouzels, choughs, ravens, peregrines, and rock doves, particularly around the Gap of Dunloe.

Autumn is the time for the estuaries and headlands. Castlemaine Harbour, Tralee Bay, and the Shannon Estuary all have large numbers of ducks, geese, and waders. Light-bellied brent geese and wigeon are common around Castlemaine Harbour and Tralee Bay. Of the three estuaries, Tralee is probably best for a mix of species. To the north lies Akeragh Lough, famous as a beacon for American migrants, particularly waders.

In winter, check out the large scoter flocks off Rossbeigh Strand and in Ballinskelligs Bay. The former site holds up to 10,000 common scoter, while surf scoters and common eider are also frequent. On the Magharee Peninsula, west of Tralee, lies Lough Gill, which often holds 1,500 scaup as well as rarer ducks. A few kilometres west, rare grebes and divers winter in Brandon Bay. Bunaclugga Bay, at the mouth of the Shannon, is another good winter wader site. There are several excellent books available on Irish birds and wildlife. Kerry: A Natural History is one we highly recommend.

“At any time of year you’ll find it well worth while spending some extra time in Kerry!”